A Simple Reason Was All She Needed

An unfeasibly long drawn out explanation was forthcoming (my uncle is worse) yet all that was really required was something that could be thrown off in a couple of lines.

It had all started, of course, with her absurd attempts at ghostly behaviour. “The bones are unsettled” she would wail, a promising start. Not long after however she was testily stating, in quite a normal voice, that “all horrors would be seen before long in front of the Super-Saver”, a most un-ghostly vision. She had even got hold of some chains to rattle, but being of the white plastic variety dread was not instilled.

So why, I hear you ask, these attempts at spooking us? The explanation was simply that she was bored, the only excuse she needed for anything (remember the incident with bedsheets, broken hinges and almonds in Consdorf? Who could forget)

Yet she would cut out her tongue before admit that. Hence her hour long description of an increasingly unlikely series of coincidences that she, quite erroneously, led to her stumbling around the High Street at half past five on a Tuesday afternoon declaring “The fetid remains of long forgotten Guinea Pigs will return at midnight”. Luckily no one was around to see her and soon she settled down to sleep, at home, in a box marked “Maxwell House, Premium Blend 24 x 250g – NOT FOR RESALE”. By morning she had done with ghosts and went for a fairly uneventful five kilometre jog.

Funnily enough, some rotten undead Guinea Pigs did return to that village, but not until a couple of weeks later.

Today I wrote from 13:57 to 14:07. I was prompted by an idea here. My other writings here. All my prompted writing here, and my tweets here 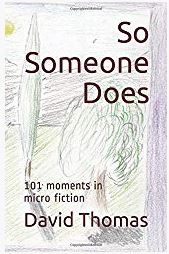